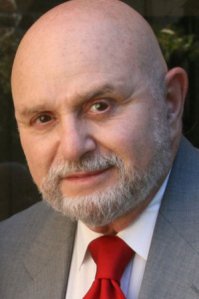 Every one of us on a healing journey encounters medical devices as part of our diagnosis and treatment.

This post is a personal remembrance of a pioneer in the decades-long effort to ensure that the medical equipment and hospital practices used in diagnosing and treating patients around the world lead to the successful—and safe—delivery of life-sustaining healthcare.

The ECRI Institute in suburban Philadelphia, founded by Dr. Joel Nobel in the 1960s as the Emergency Care Research Institute after a child died from being treated with a malfunctioning hospital defibrillator, offers many services—including equipment testing, publications and alerts, product comparisons, accident and forensic investigations, evaluation of hospital practices and clinical trials, and more—that help ensure the reliable and safe delivery of healthcare around the globe. Although patients may not be aware of it, the ECRI Institute is working on their behalf every day.

Please read about Dr. Nobel’s remarkable life and legacy at the links below. What follows are some personal thoughts about a former employer whose far-reaching vision enabled me to do what was perhaps my most important work over a varied career.

I started working at ECRI, now known as the ECRI Institute, in the fall of 1985, when my now 30-year-old son was just a baby. For the next decade, I would be the editor of its flagship publication, Health Devices, which has become part of a large system of services. (Please check the links below to read more.)

A couple of years later, I became a single mother after I separated from my son’s father.* This was an extremely tumultuous and painful time for me, and I didn’t hide it very well. One day, Joel—we all called him by his first name—approached my desk and handed me a copy of Judith Viorst’s 1998 book, Necessary Losses, commenting that he was “astounded by the insights” it contained. Joel wasn’t one to mollycoddle or probe into the emotional worlds of his employees; but he cared about their well-being, and this act of compassion has stayed with me all these years. (And I still have the book, which I recommend.)

However, proffering accumulated wisdom of a more general sort, albeit about some very specific topics, was part of Joel’s quest to make individual lives and the larger world better. No subject was beyond his polymathic mind or all-seeing gaze as he quietly (until he spoke) made his way around “the lab” in his green scrubs. In addition to tending to his mission of making the delivery of healthcare reliable and safe, I’ve heard him tell people how to manage their time and to-do lists, raise their children, use a microwave (never cook fish or popcorn in the thing), where to drink coffee and tea (so as not to spill caramel-colored beverages on the office carpeting), learn to speak English, stop shivering when it was cold (especially females, who were “thermodynamically superior” because of their fat stores and had no business complaining that they were colder than their male counterparts when the thermostat was turned down), and even how to walk on water (frozen water, that is, using strap-on cleats—he didn’t believe in having the driveway paved or salted after a snow or ice storm for fear of damaging the asphalt, and saline runoff would ruin the surrounding vegetation; I silently cursed him every time I fell).

But Joel’s most memorable personal counsel to me came sometime after he gave me Judith Viorst’s book. One day in the kitchen (a prescribed area for drinking coffee), he offered me the following advice on navigating my newly single world: “You’ll be approached by a lot of men. They’ll all fall into one of three categories: the narcissists, the ones who are hopelessly attached to their mothers, and the group you should beware of most of all: the ones who consider females to be support systems for their . . .” (use your imagination).

As it turned out, I managed to find all of these types along the way, to my chagrin and distress. But Joel did leave out one important category. I used to say to myself that if I ever found a decent guy again, he would have to come from the other side of the world, given the statistics that women of a certain age in this country were as likely to be abducted by aliens as they were to remarry. Well, I found one and married him. So, Joel, wherever you are, please add this missing category to your list: guys that live with honesty and integrity, promote education as more than the mere accumulation of knowledge, believe that the highest human endeavor is helping others, pursue life with mission and zest, and know that the most important character trait is a good and noble heart. Guys like my husband. Guys like you.

I was saddened to learn that Joel Nobel had died on August 13, 2014, a fact that seems almost unbelievable, given his powerful life force. But it is with fondness and gratitude that I recall the important, most valuable gift he gave me, and gave to all who worked with him: the opportunity to do work that had meaning. The decade that I spent working with amazing colleagues and friends at ECRI was one of the most rewarding of my life. While working on a publication that improved healthcare for countless patients, I felt that my developing skills were being honed for a high purpose. And, mostly, I had a hell of a lot of fun doing it, if you can believe that editing a biomedical engineering journal can be enjoyable. Back then, though, the atmosphere at ECRI, which came down from the top, was one that embraced just about all human talents and encouraged their expression in the workplace and in the world. I will never forget that time or its lasting effects on my life.

Whenever I, or you, or a loved one encounters a medical device that diagnoses, treats, or resuscitates safely and efficaciously, the legacy of the noble Dr. Nobel is made manifest.